The theme of the station is the “Blue Danube” and the color blue is featured throughout. The interior is decorated with stained glass with images of cities along the Danube, including Vienna, Budapest, Belgrade, Linz, and Regensburg. 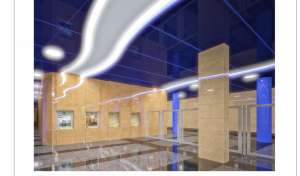 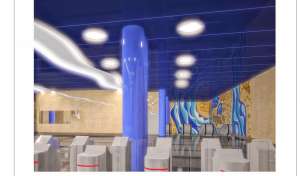 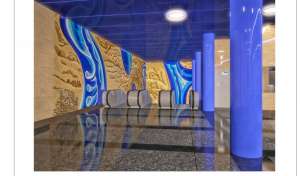 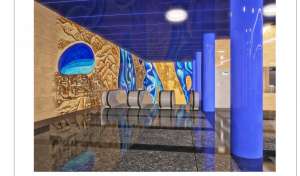 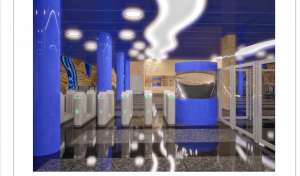 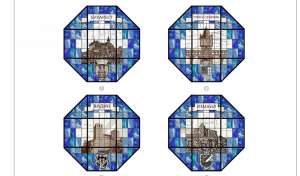 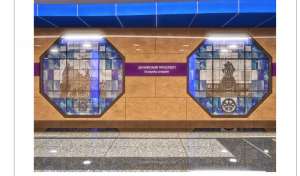 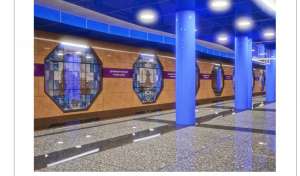 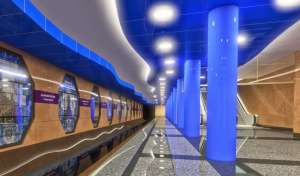 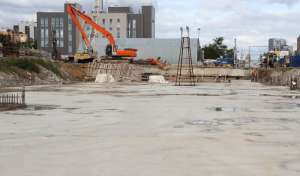 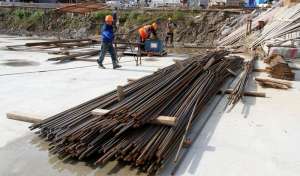