The station is named after the avenue, under which is located - Slavy Avenue

The design of street pavilions (exits) of the station is unified with the stations Dunayskaya and Begovaya.

An interesting point is the different design of the northern and southern lobbies. The northern lobby is decorated in the style of the Afghan War (1979-1989).

The southern lobby and its underground passage are decorated in the style of a mini-museum of firefighters of Russia, from tsarist times to modern time

The architectural solution of the station, executed in red and white colors, is due to its name. The main stylistic element is a large-scale stained glass cornice in an aluminum frame, elongated along the axis of the station. Stained glass images are associatively reminiscent of stars and banners. The red-yellow-orange tonality of the stained glass, combined with the white marble of the walls tilted to the center and the metal decor of the cable cabinets, gives the station's under-cornice floodlight a special warmth and solemnity. 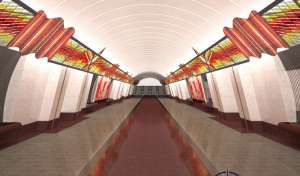 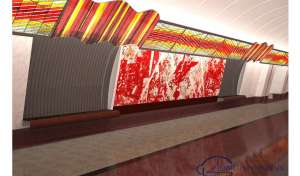 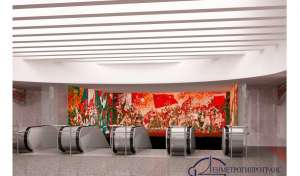 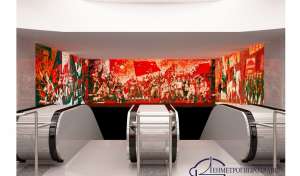 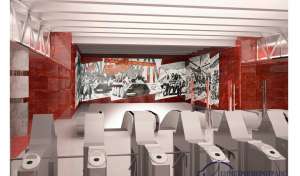 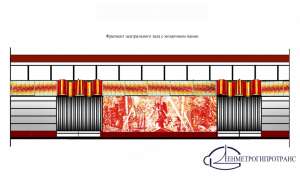 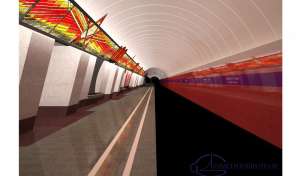