The second vestibule of the station "Sportivnaya"

Lobby No. 2 of Sportivnaya station, located on Makarov Embankment near Tuchkov Bridge, includes a complex of underground and surface facilities that connects the metro station, located on the Petrograd side, with Vasilievsky Island. These structures include: inclined walk with four escalator belts, transition corridor equipped with conveyors (travelators), grouped in three units of 116 m in length, stair-escalator descents equipped with floor-to-floor escalators, exiting from the lobby level directly to the sidewalks.Total length of the underground tunnel - 300 meters.

The arrangement of the vestibule passenger area interior is primarily related to ensuring maximum convenience for pedestrians in the underground space. In the ticket office due to the composition of the architectural elements we have identified the main axis, which is a continuation of the escalator incline. Behind the escalator slide there is a wall, in the facing of which decorative mosaic panel and stone relief facing are used. On the side of the cashier's hall is a mosaic panel, which is the main axial accent of the hall. On the opposite side, in the anteroom, along the axis of the main approach corridor is a decorative panel made in stone relief composition. 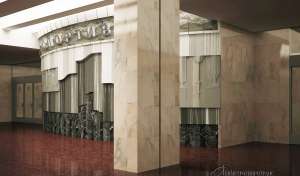 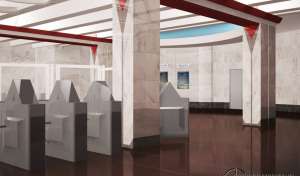 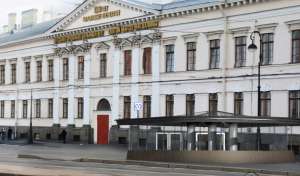 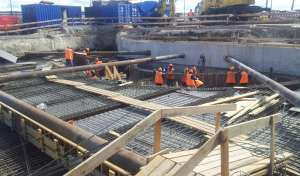 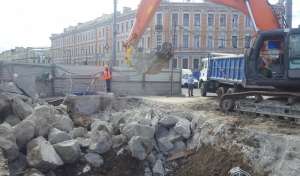 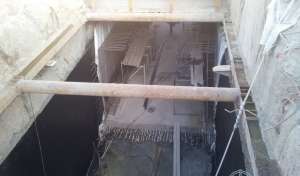